Issue 171
November 3, 2020
“Voting is the expression of our commitment to ourselves, one another, this country, and this world.”
☛ Sharon Salzberg 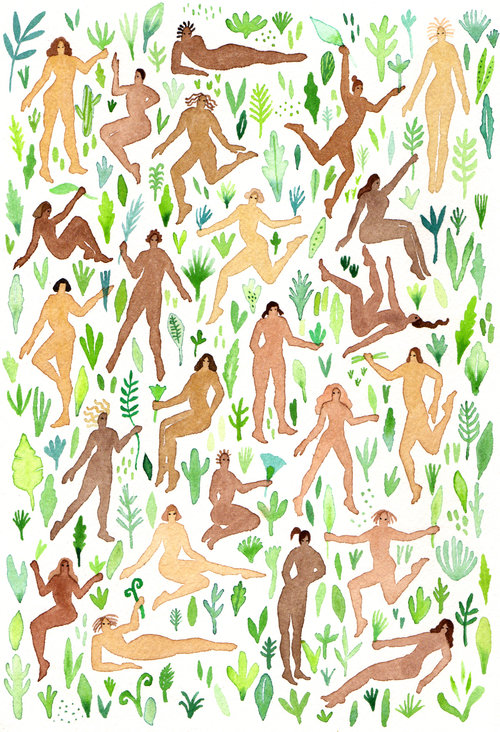 Who We're Voting For ?

It's FINALLY election day. We know you’ve got election fatigue – we’re right there with you. But we’re in the final stretch now! It has been a long and discouraging cycle, but today is our last chance to put all of our energy into getting our communities to vote their voices. Here’s the rundown of what’s on the ballot today. We all know the big one: the presidential election. Joe and Kamala may not be the progressive heroes we were hoping for, but we can at least take solace in voting for their ticket on the Working Families Party line. Never heard of it? Read our last memo to catch up! Lots of the Broad Room-endorsed candidates are on the ballot too! You might remember that back in June we made a whole slate of endorsements for the primaries. Many of them won those races and are up in the general today. 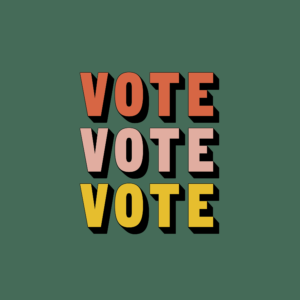 In Congressional races, we support Nydia Velasquez (NY-7) in parts of Brooklyn, Lower Manhattan, and Queens, who was the first Puerto Rican woman elected to Congress and has been a long time champion for progressive policies. Alexandria Ocasio-Cortez (NY-14) was an obvious choice for us given her leadership and willingness to fight for her people in the Bronx and Queens. We also support Jamaal Bowman (NY-16), who defeated a long-time incumbent and has demonstrated a commitment to improving education and the environment in the Bronx and Westchester. For the New York State Senate, we support Jessica Ramos (SD-13) in Queens, who is a renter, subway rider, mom, and leader who has stood up to Gov. Cuomo and fought for working people. In Brooklyn, we support Julia Salazar (SD-18) who has led the fight for tenants rights and against the real estate lobby in Albany, and Zellnor Myrie (SD-20), who is a force against corruption in housing and policing – of course we love him. Up in Syracuse, Rachel May (SD-53) is our favorite sustainability advocate, and also a supporter of single payer healthcare and increased abortion coverage. Finally, we support Alessandra Biaggi (SD-34) in the Bronx & Westchester, who defeated one of the biggest fake Democrats and has been killing it in Albany ever since, from demanding a wealth tax to pioneering legislation to protect domestic abuse survivors. In State Assembly races, we support Jessica González-Rojas (AD-34) in Queens, the former Executive Director of the National Latina Institute of Reproductive Justice and all-around powerhouse. We also support Brooklyn's Diana Richardson (AD-43), who is one of our most progressive leaders, as well as BK's Emily Gallagher (AD-50), a fighter for renter protections and environmental justice. In Brooklyn, we also support Phara Souffrant Forrest (AD-57), a nurse who’s been on the frontlines of COVID and is refusing all real estate money, and Marcela Mitaynes (AD-51), an immigrant who grew up in Sunset Park and has been organizing in her community for years. Also on our list of endorsements is Lower Manhattan's Yuh-Line Niou (AD-65) — a star on Twitter and in Albany, standing up for tenants rights and all working people. Finally, we support Amanda Septimo(AD-84), who is running to deliver affordable housing, healthcare, and transportation to the Bronx. Last but certainly not least, for District Leader, in Brooklyn we support Kristina Naplatarski in District 50, Jesse Pierce in District 52, and Samy Nemir-Olivaresin District 53. 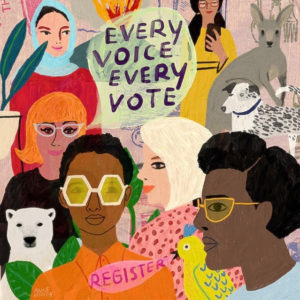 The people we put in office will shape our city, our state, our governments' budgets (!), and our future;we need to elect people to power who we trust to fight for our rights and freedoms. With the recent confirmation of Amy Coney Barrett to the Supreme Court, it’s easy to feel hopeless about the state of reproductive freedom. But securing access to reproductive care at the local level is crucial to keeping our communities healthy no matter what happens in D.C. Our votes are just one way we voice our opinions: on healthcare, on racial equity, on the environment, and more. It is crucial that we elect people from District Leader to President who share our values, who will help lead us in the fight to defund the police, install universal healthcare, and make drastic changes to combat climate change. 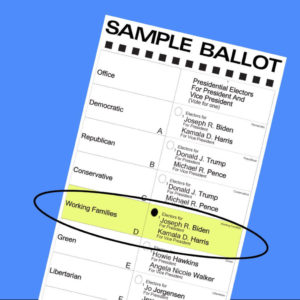 — Mask up and head out.If you haven’t voted yet, find your polling site here and head over ASAP. — Make calls in a swing state.Get plugged in to make calls to voters with Swing Left. — Friendbank.Reach out to 5 of your loved ones and make sure they already voted or plan to today. If they have questions, help them! — Vote WFP. Check out our memo on why we're voting for Biden/Harris on the WFP line. — Remember that it doesn’t stop here. We can all take a sigh of relief that we fulfilled an essential civic duty but still remember, we have to keep fighting. — Have a drink.We may have a lot more work to do towards justice, but tonight, take a minute for yourself. We probably aren’t going to know the results immediately, so breathe and have a drink! We need to be patient and take care of ourselves in the meantime.